This is a quick review of the new Cactus V4 flash triggers that can be used to trigger your flash unit wirelessly. The V4 triggers are the successor for V2s (no idea why V4 and not V3). But lets start without longer introductions.

Note, 2009-01-30: I've been getting mails about when and where to get these and what is the price: I don't know. I will add information about that as soon as there are news about it. This is an early set straight from the manufacturer (read ahead and you should figure out why I've got these already). I think these are worth the wait so be patient, they should be out soon enough. 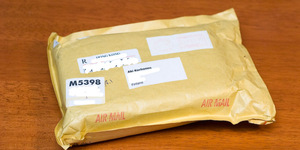 The new packaging immediately caught my eye as the triggers come in a stylish black box that looks a lot better than the box the V2s set came in (don't have a reference photo for now). 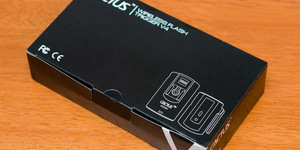 Also the inside of the box is nicely done and all the bits and pieces are nicely and securely packed. So far looks very promising. 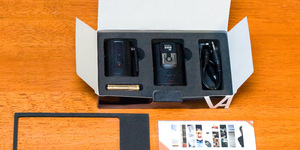 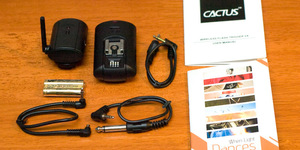 When Light Dances is a photo album that has photographs from all over the world, where photographer has used a Cactus trigger system. There are also set up diagrams for every photo and some other information. One of the photos is mine and it can be seen below. 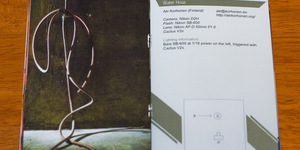 As you can see, a lot has changed between these two versions (V4 on the left, V2s on the right). The most notable differences are that there is no tilt function in the receiver anymore, which might be a good thing as it makes the receivers very sturdy. The receiver also works with AAA batteries instead of 3V CR2. The transmitter has an external antennae now so no need to modify them anymore (maybe). More about the transmitter and receiver next. 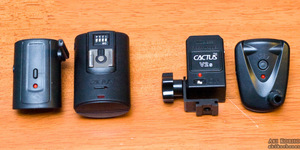 Later on well see how it comes upto those specs.

The transmitter has got a facelift and looks a lot different compared to the older one. On the top there is the test button that is now flush with the surface so it won't get pressed while in the camera bag. On the bottom you can find the channel selection switches for 16 different channels. No on/off switch is needed because the transmitter is powered only when camera triggers it or the test button is pressed. 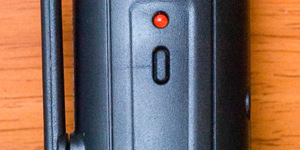 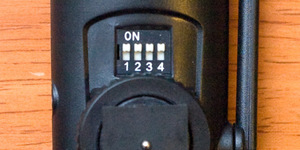 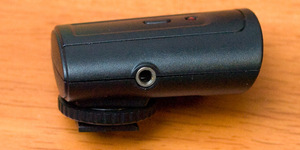 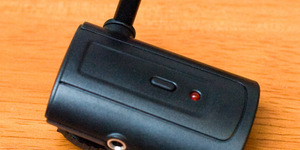 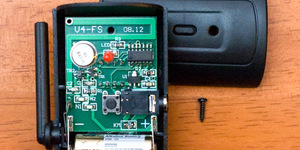 Somebody might wonder where is that external antenna connected; the trace on the top continues to the antenna on the bottom layer.

The receiver has gone through the biggest change. No more tilt and it is very sturdy now. As noted before it now uses more conveniently two AAA batteries that are cheaper and easier to find than the CR2. The channel selection is now located on the top so it is easier to reach (V2s had it under the battery lid). The power switch is a bit odd because there is no indication where it is and in which position it is on and when off. The little line between the CACTUS logo and the sync led is the switch. The sync connector is changed to a 3.5 mm mono jack which I personally like better.

The batteries go under the battery lid on the bottom as seem below on the second photo. 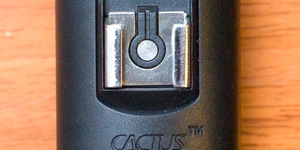 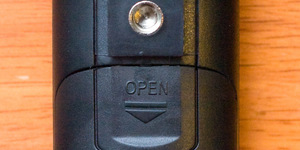 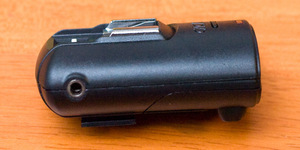 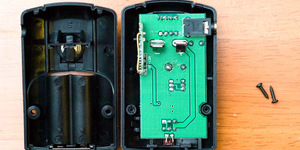 Quite soon I found the first problem that is in the hot shoe connector. I was wondering why my SB-600 doesn't want to work straight on the receiver I compared it to the V2s receiver and the black plastic part is just a little bit smaller in horizontal direction and it causes some of the pins on the bottom of the flash to contact with the ground plate and the flash won't trigger (with the V2s there is no problem). I don't know how it would work with Canon flashes as I don't have any to test with. With flashes without extra connectors this won't be a problem. An easy fix is to put some tape on the metal close to the plastic but this would have been better if it wouldn't be necessary. 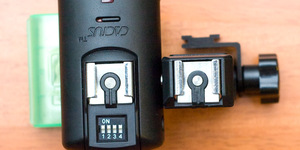 I tested the flash with the jack to jack cord attached from the receiver to my hacked AS-19 stand (and on Flickr) and it worked like a charm so the problem is with the hot shoe. The performance on the set is excellent compared to the V2s. It now syncs up to 1/500 altho I can only test it up to 1/320 (only about 5% of the shutter curtain is visible, which is the same as with a cord) with my D2H. I then gradually increased the burst shooting and got up to 7 FRAMES PER SECOND without any flashes missing, with 8 fps it started to lose some of them but 7 fps is still a huge improvement over the V2s that got maybe a one or two frames per second.

I tested out some channels on the V4 and the V2s and it seems that they are not compatible with each other, which isn't a surprise at all. There are a total of 64 (4 channels on V2s and 16 on the V4 so 4*16) different combinations to test out so there might still be some same channels, but I'm not going to test all of them out. You can still use the V2s receivers by putting the V2s transmitter parallel to one of your flashes with the V4 receiver or equip it with an optical slave.

I went and tested out the trigger set in a big open area nearby. I had a GPS with me (I'm bad at estimating distances) and I saved two coordinates; where the flash is and where is the longest distance where the trigger worked. I used an online calculator to calculate the distance between the points for me and the result was around 100 meters. While testing the temperature was around -5 °C. Few times the flash didn't work from that distance but I think it was the cold affecting the batteries. I'll have to do a comparison later in the spring when it gets warmer. I think I was able to shoot 5 fps without misfires from a little less than 40 meters away. 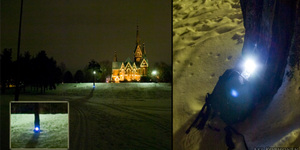 Below is an aerial shot of the area where the red line is the distance between the poins. The aerial shot is from Microsoft's Live Maps. 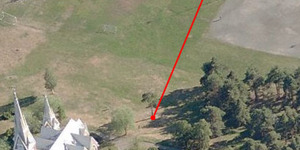