I finally found a suitable lens for the diy tilt&shift lens project and built this today. The lens is an old Industar-58-Y 75mm f/3.5 englargement lens for 6x6 format and it is made in CCCP. The aperture is changed by turning the lens hood and there are apertures from 3.5 to 16.

The rubber thing is a cover meant for suspension and it is quite sturdy. I cut a suitable piece from it (I only used less than a half of it so the other part is maybe for another lens someday) and attached the lens to it with a big zip tie. I had one lens bayonet lying around so I glued it to the metallic can lid which I then stuffed inside the rubber bellow and added some glue to hold it in place. The lens cap in the third photo is from the other end of the rubber bellow and it happened to fit on the lens nicely.

Hopefully I'll get to test it better tomorrow. I quickly tested it and it seems to work quite nicely. As there is that plate in the lens it is easy to grab it with the finger tips and adjust the focus, just like with Lensbaby. Total cost for the project was around 10€ (the rubber bellow cost 8€ and the lens came with a bunch of other enlargement lenses so it is hard to say the price for it and the other stuff I already had) 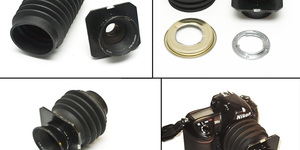 Photos taken with this lens: 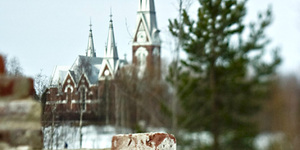 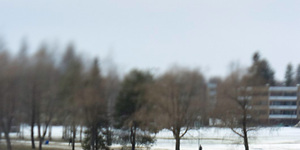 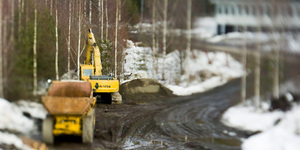 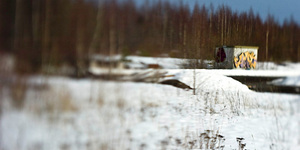 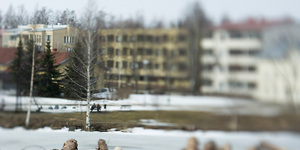